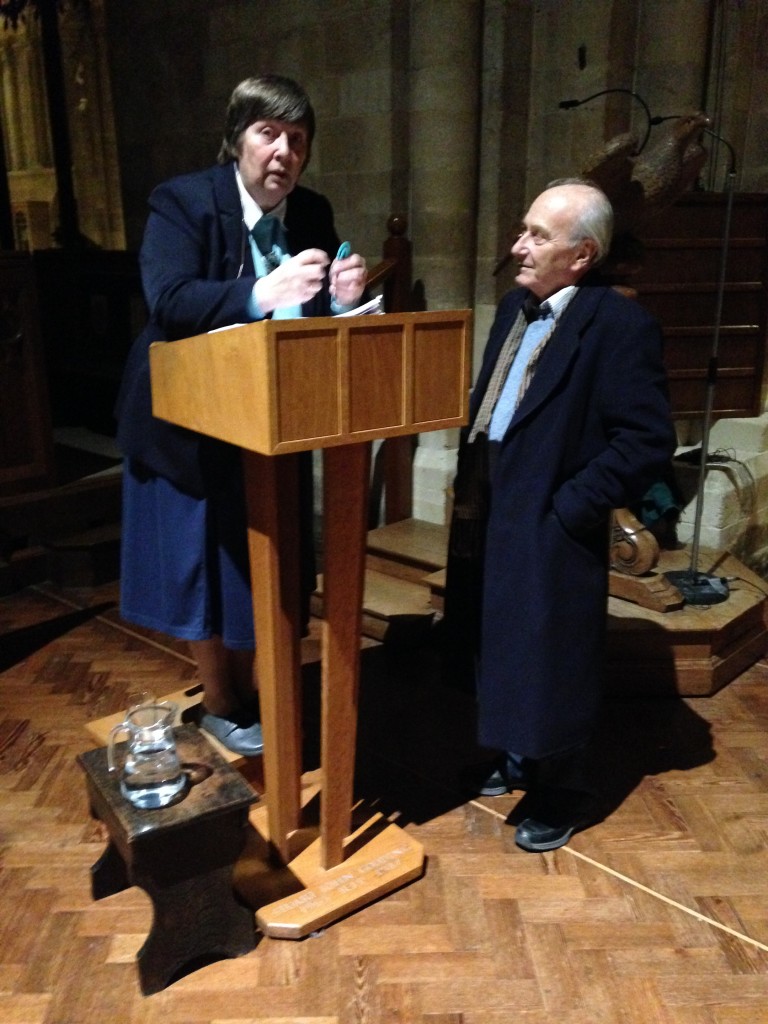 On Friday 6th March, The Friends of Romsey Abbey had a very interesting and intriguing talk by Liz Hallett, about the Vicars of Romsey. We heard about fascinating characters, the influence of the nuns and changes to the Abbey over the years.

A religious community was established on the site in the 10th century but the first vicar, Nicholas de Botelstan was not appointed until in 1334. The Abbey went through periods of prosperity, suppression and neglect; however it was not demolished at the time of the Dissolution of the Monasteries, as it contained a church within a church, a section dedicated to St Lawrence and used solely by the town.

The fact that the Abbey survives so well today was due to three Victorian Vicars who set about restoring it to some of its original glory, The Hon and Revd Gerard Noel 1841-1851, the Revd Charles Avery Moore 1855-1860 and Revd Edward Lyon Berthon 1860-1892. The latter oversaw huge improvements including a heating system, the north transept roof, a new nave ceiling and new windows.

At the end of the talk Liz showed us a gallery of photographs including two of three vicars, unusually all in one photograph. The older photograph shows, from left to right, Revd Andrew Robertson, Canon James Cooke-Yarborough and Canon Corbin. 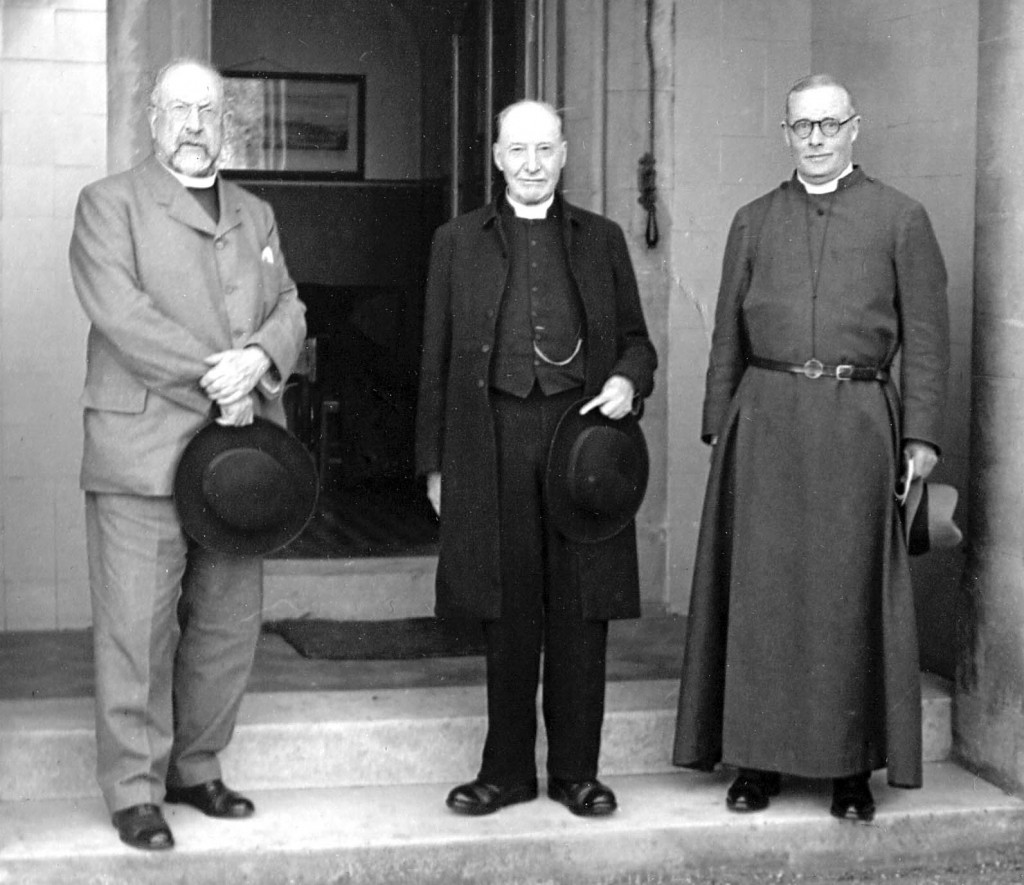 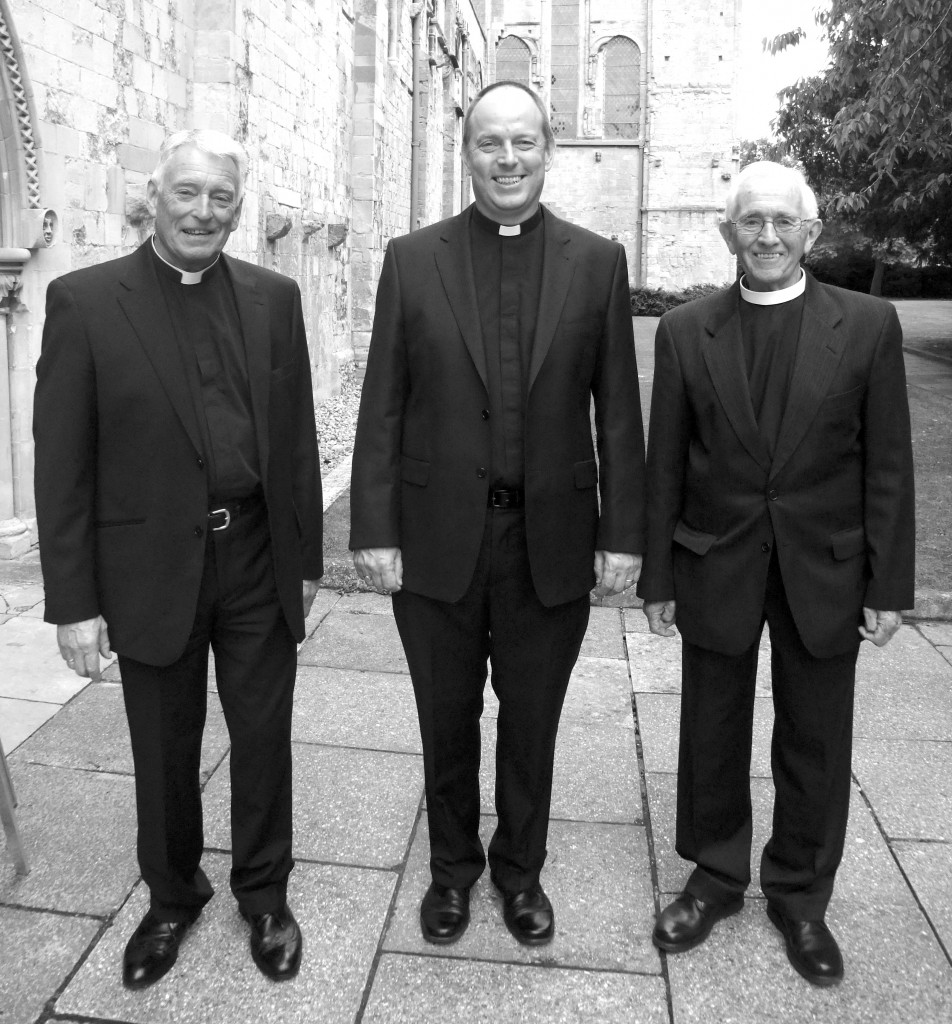 Click on the “Play” button below to listen to the talk.

The Friends of Romsey Abbey, already 350 strong, is made up of people who love and support the Abbey. Future visits include a cruise on the Basingstoke Canal and a visit to London, Barrow Boys and Bankers. There are regular Coffee Mornings, talks and an Annual Dinner at Berties. If you are interested in becoming a Friend then please contact John Twigg the Chairman, 01794 521966 or Jill Hall, Secretary 02380 731640 or email office@romseyabbeyfriends.org