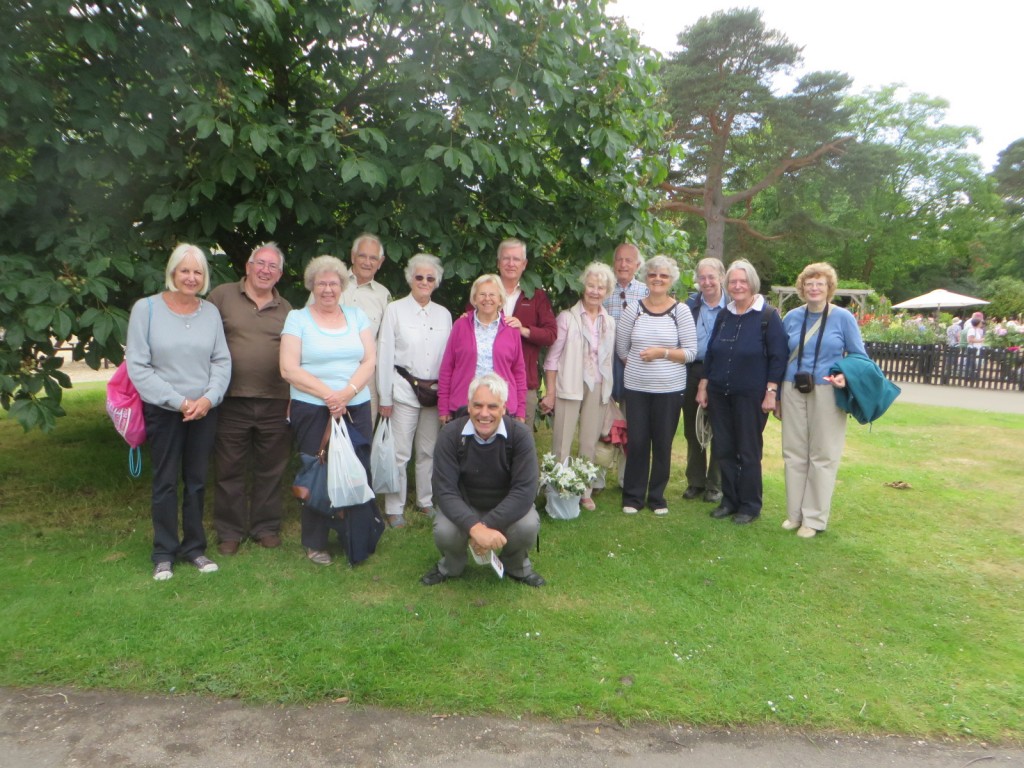 A last minute decision to postpone the trip to Exbury on 14th May, due to the anticipated poor weather, was met with sighs of relief for those who had booked to join the trip. Exbury Gardens is not a venue to visit on a day of continuous heavy rain! With the reluctant decision having also been taken to cancel the Barrow Boys and Bankers trip to London on 16th June due to lack of sufficient numbers, it was decided to insert the Exbury outing in its place. A few of those who had booked for the original date were unable to attend, so it was a small party of just 14 souls (quality if not quantity!) who boarded the single TVCS minibus for a leisurely trip through the New Forest to the splendour of Exbury Gardens.

Most gratifyingly, whilst the azaleas were no longer at their best, there were still sufficient rhododendrons and other species in bloom to make the visit worthwhile – and it did mean the Gardens were significantly less crowded than they would have been in May. The entrance charge was also lower than in May, ensuring that the trip still covered its costs, despite the empty seats in the minibus. And the sun shone throughout the day, which was a major relief! A smooth ride on the steam train around the summer garden, and a lovely stroll through the extensive gardens to the riverside, were accompanied by several chances for conversation during stops for refreshments in Eddy’s Cafe. A lovely day enjoyed by all, and well worth being retained in the programme of trips for the year, despite the very late change of date.

Thanks go to John and Hazel for having suggested and investigated the trip, which they were unfortunately unable to enjoy themselves.